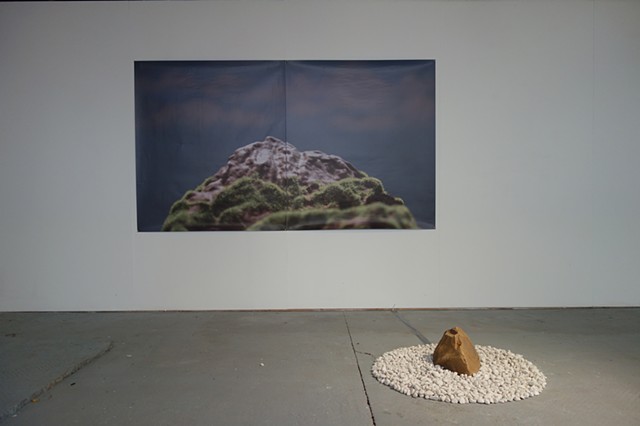 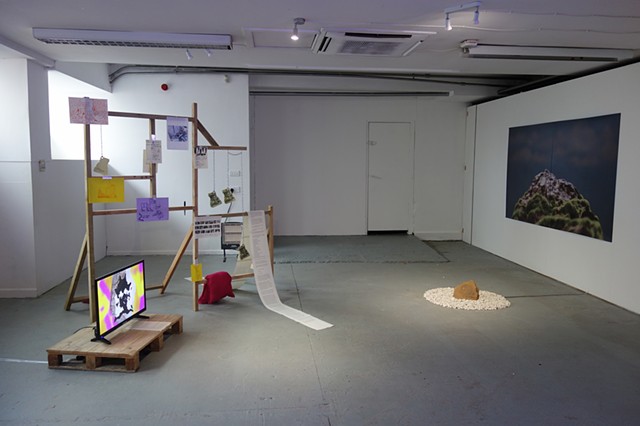 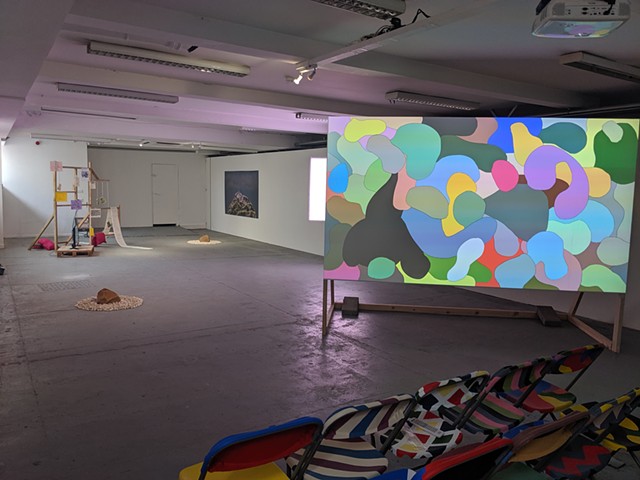 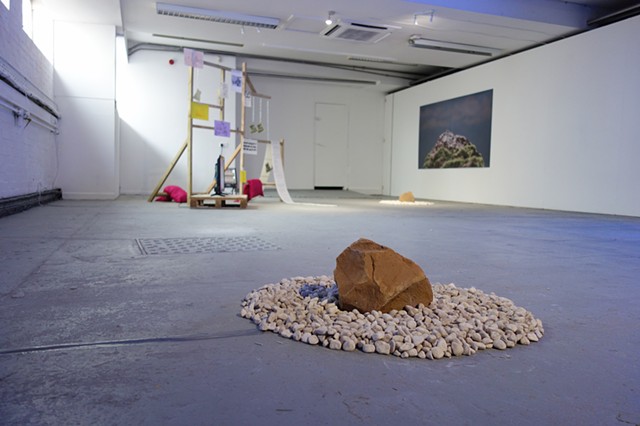 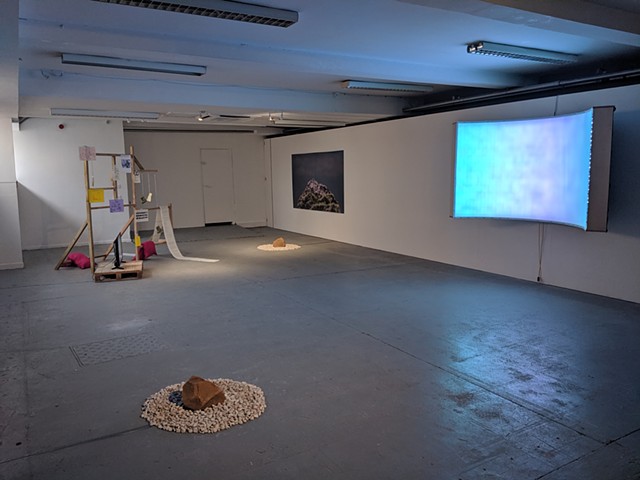 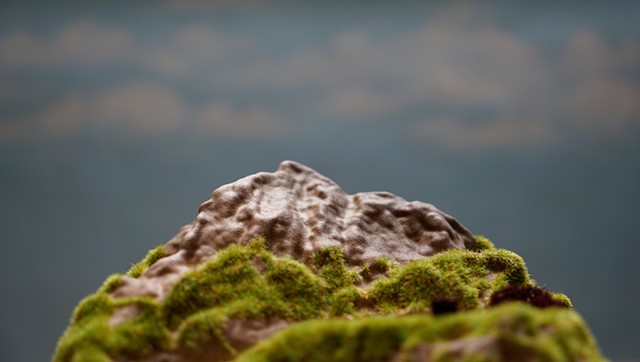 Rock Ballad is a sound installation that stages a conversation between plastic garden rock speakers, nestled in a floor of ornamental gravel. Each rock has a voice, edited from recorded speech and samples of sound from films and television that feature rocks and rock music. The rock conversation speculates on the future of the art object in a world beset by ecological destruction and a crisis of cultural production. The dialogue engages with the dialogue around Franco ‘Bifo’ Berardi’s phrase referring to the “slow cancellation of the future” and Mark Fisher’s response in relation to the gradual erosion of creating a future that is not already imagined. When the idea of ‘newness’ or ‘originality’ is denied by the collapsing and folding together of pre-existing cultural production, what is at stake for the art object? Can artists maintain contact with a conversation about the future that speaks beyond art production as a historical tradition and utilise it politically as a means of transforming the present?

The Rock Ballad revisits Mark Fisher’s essay Lost Futures (2014) and puts it into dialogue with the notion of the absurd as a philosophical proposition for making art. By thinking again about the origins of the absurd as an enquiry and concept proposed by Albert Camus, the original text of the Myth of Sisyphus (1942) is considered as a model for the artist and the art object. The artist is engaged in their work by pushing a rock up a mountain as the ground beneath them shakes. The art object becomes the rock, reaching a potential - a summit - before rolling back down the hill to the bottom to be retrieved and pushed back up once again. The happiness of Sisyphus on the long walk back down the mountain is where the future can be imagined and where speculation about the state of ‘cancellation’ can begin. It is in this walk that the Rock Ballad occurs, allowing the audience to hear from the art objects, resting at the bottom of the mountain, arguing amongst themselves.

The installation will also contain a digital print of text containing an image of an artificial mountain and parts of the text that introduces the connections drawn between Mark Fisher’s text and a reappraisal of the absurd.