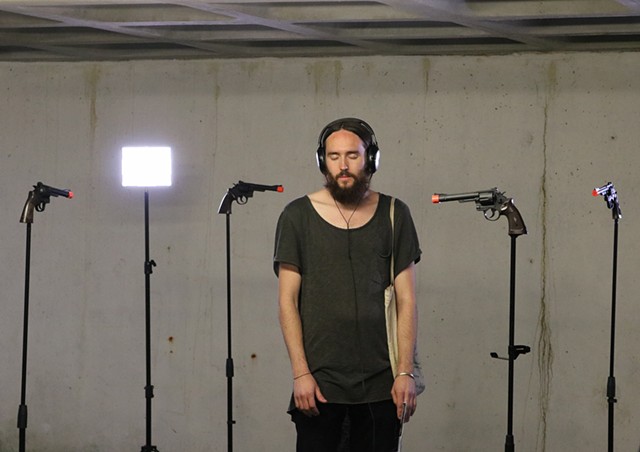 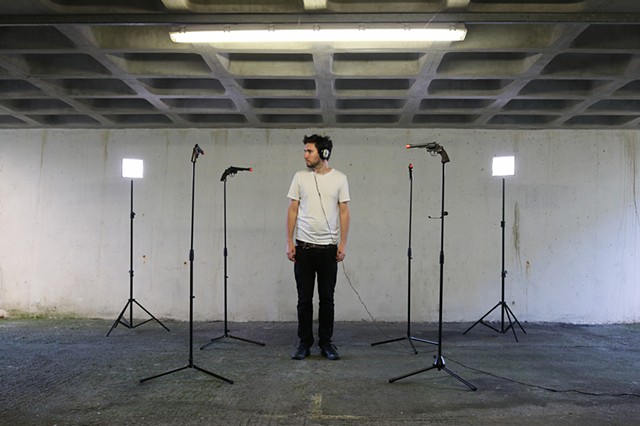 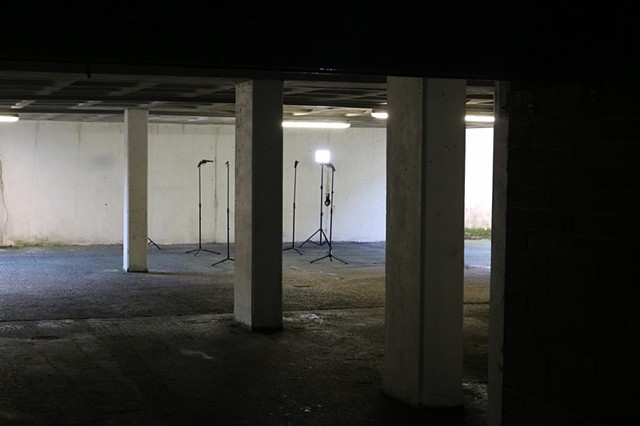 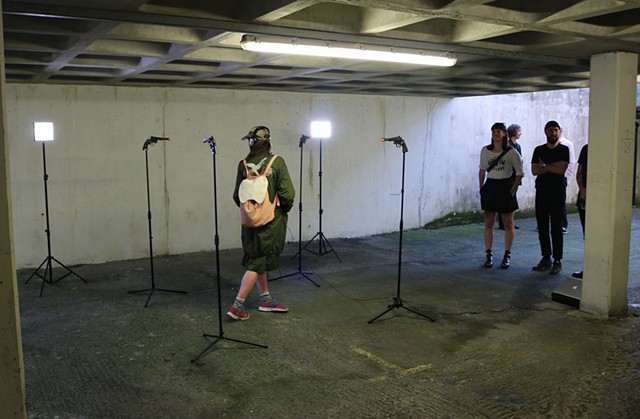 A Mexican Standoff with Cap Guns

Ricochet is a binaural sound installation that places the listener in a cartoon Mexican Standoff in an underground car park. It consists of 4 cap guns mounted on stands pointing at each other and a single set of headphones placed in the middle of the arrangement. The headphones play a loop of a binaural audio that traces the sounds of four fabricated bullet ricochets around the car park. The binaural recording allows the listener to aurally locate the ricochet sounds of pings, spins, whooshes, and deflections, so that the presence of movement is felt solely through the sound track with the listener stood at the centre of the space. The listening experience produces an encounter with the sound of movement so that spin, velocity, and distance of the projectiles can be identified.

The installation reimagines the car park as a cinematic set during an absurd climax to an unseen gangster film where a group of characters enter a deadlock with all guns cancelling each other out, like the penultimate scenes in Reservoir Dogs and The Good the Bad and the Ugly. The soundtrack itself reflects this engagement with theatricality by utilizing Foley sound effect records and live recordings of the cap guns. It will be pre-recorded in another car park so that proximity and distance of the sounds are experienced within the space. It suggest a deliberately cinematic narrative through the sounding of the guns firing without humans, foregrounding a fabricated environment that the listener witnesses after the event has happened using the cap guns as ‘fake’ or prop objects that produce a sound that mimics that of a real gun. The sound design oscillates between the firing guns and the extended series of ricochets that follow, recalling looney tunes cartoons, slapstick comedy and action films.