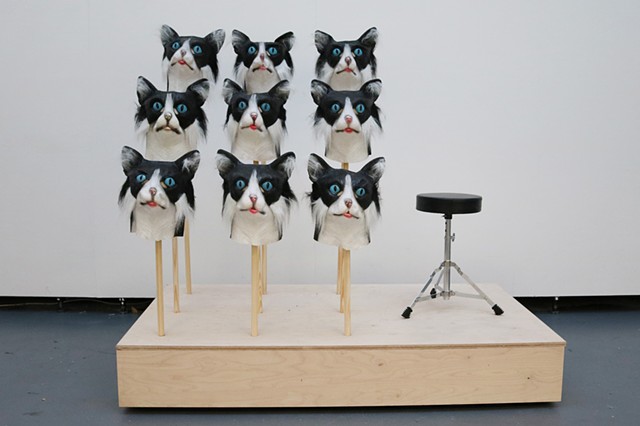 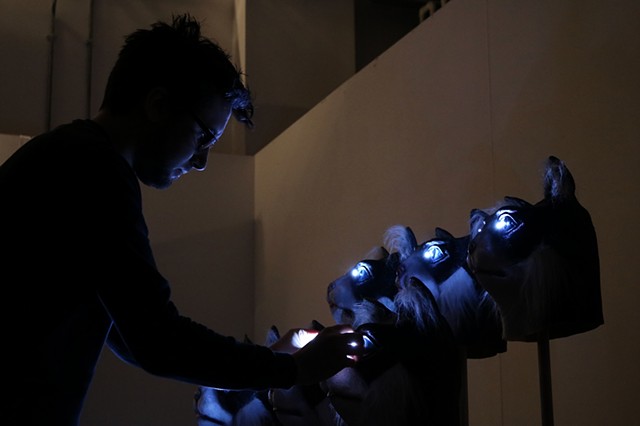 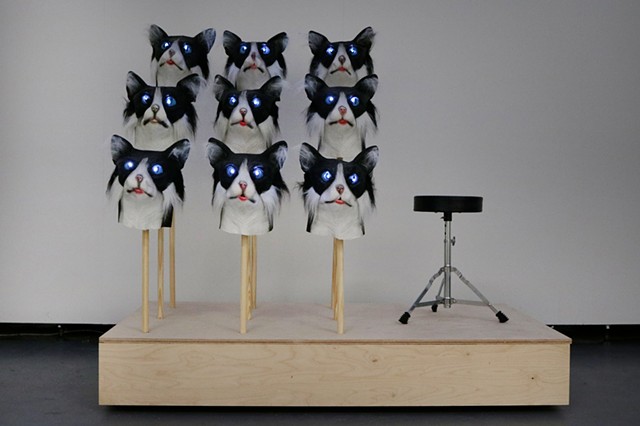 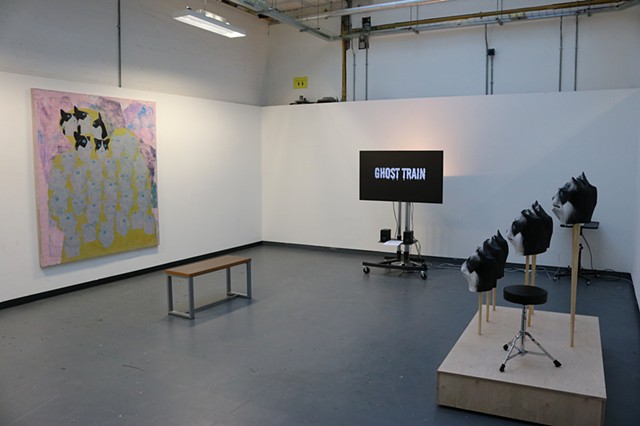 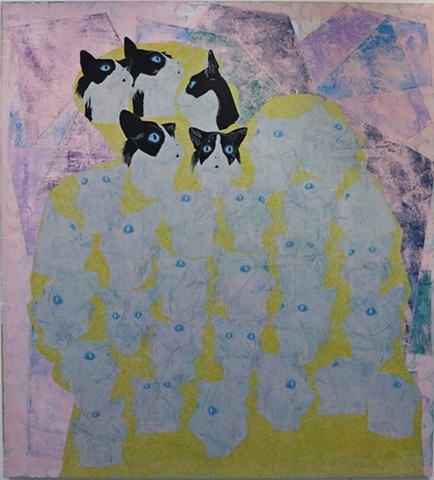 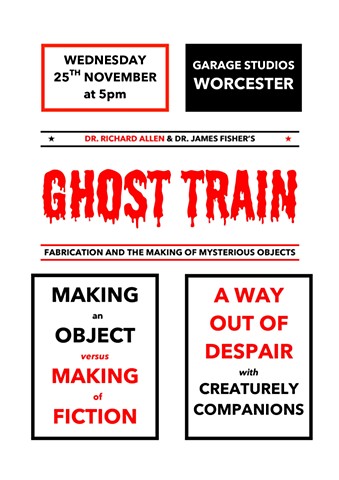 GHOST TRAIN is a performance lecture that introduces a central conceit of artistic fabrication: the relationship between the making of an object and the making of fiction. It proposes how fabrication – as a central process within art making – produces mysterious and unknowable objects to think with. Artworks can be thought of as ghost machines, assemblages of materials producing spectral and inhuman encounters. Artefacts, such as paintings, sculptures and installations therefore have the capacity to be terrifying – but, because humans make them, they always retain a way out of despair (you can leave the gallery or pull the plug) even if the image of the work is impressed on your imagination. In this way, the ghost machines of art are much like devices on a ghost train, set up so that the human can come face to face with fearful things but take pleasure in the knowledge that they are actually creaturely companions. By introducing a series of paintings, films and sculptures and thinking through the ‘speculative turn’ in philosophy, this talk will consider how art making could be described as an ‘object-orientated’ language through which new ecological thinking and debate is fostered.