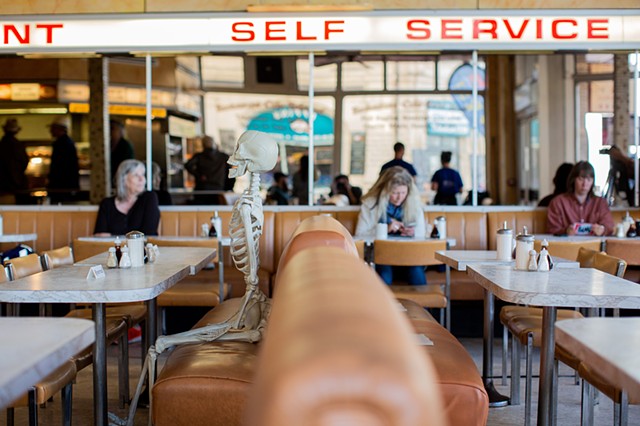 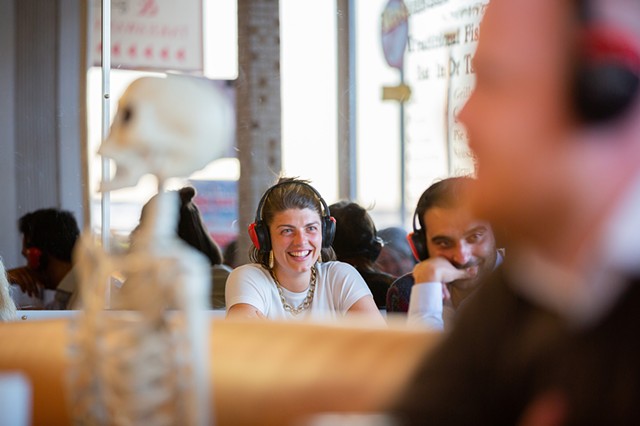 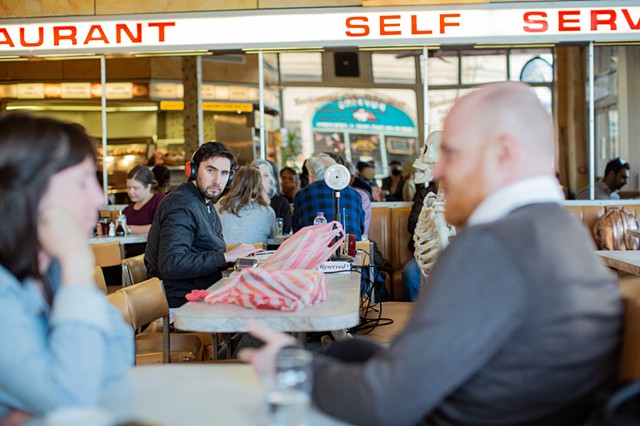 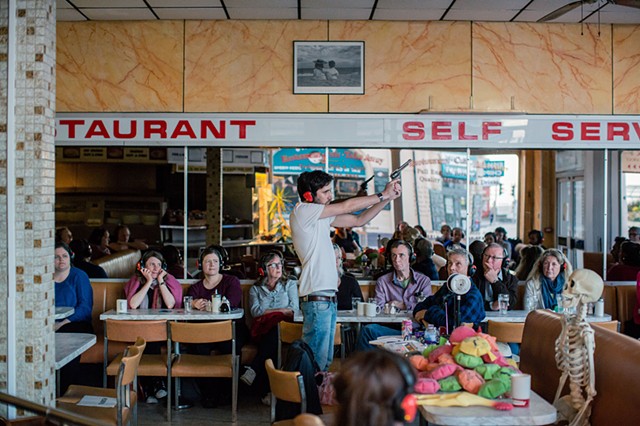 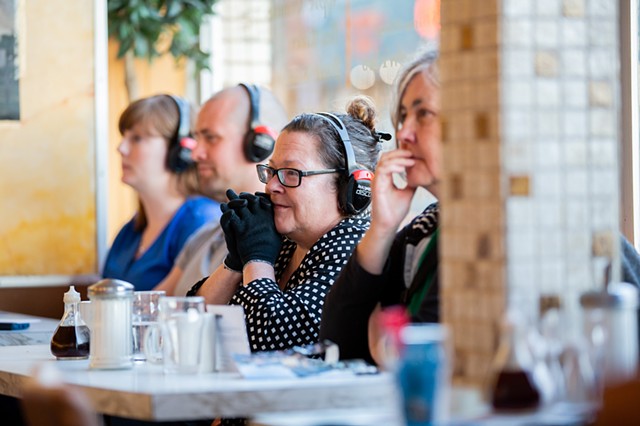 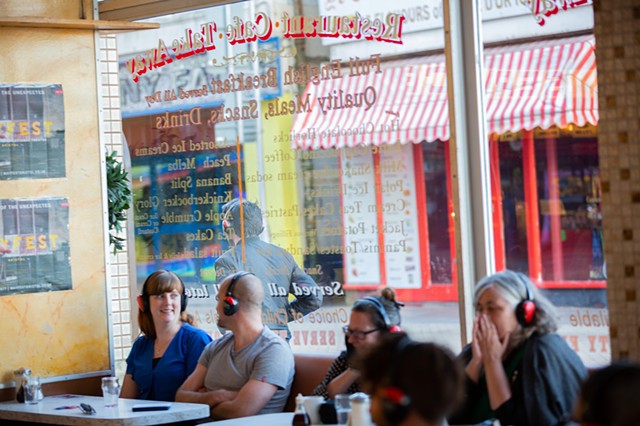 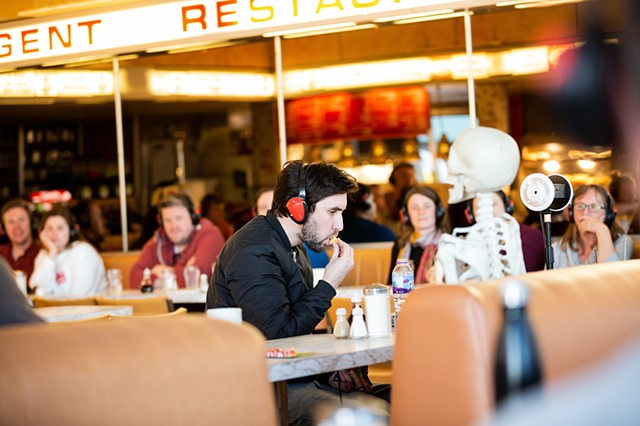 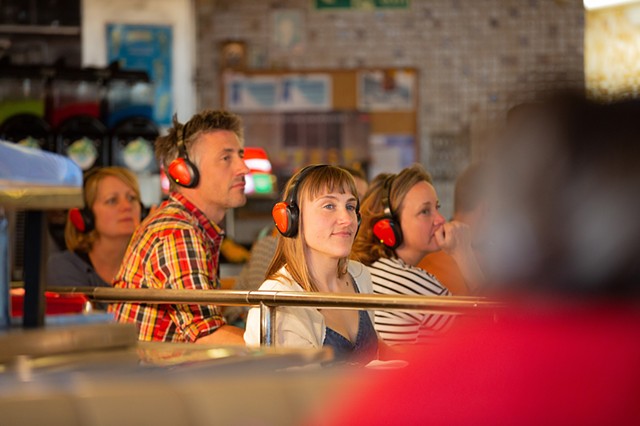 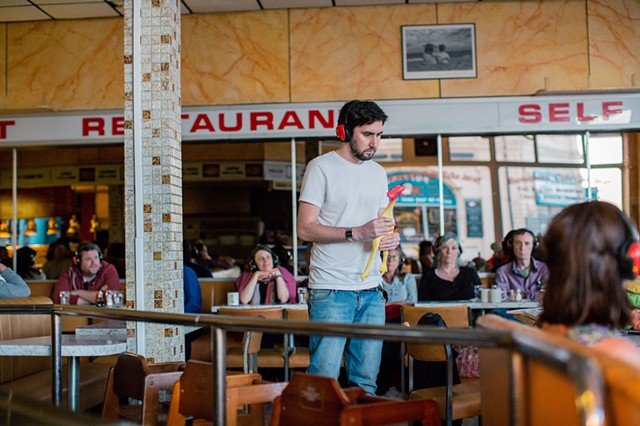 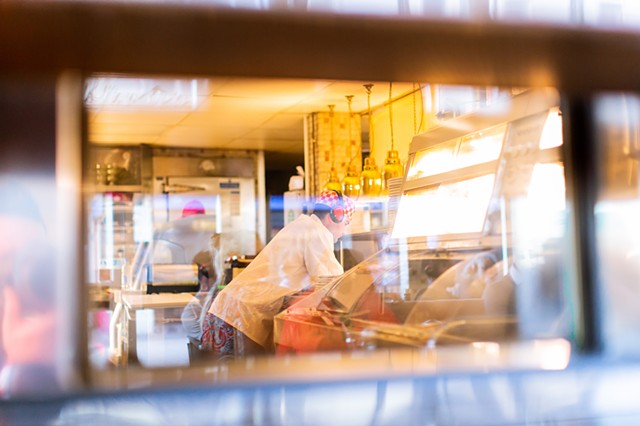 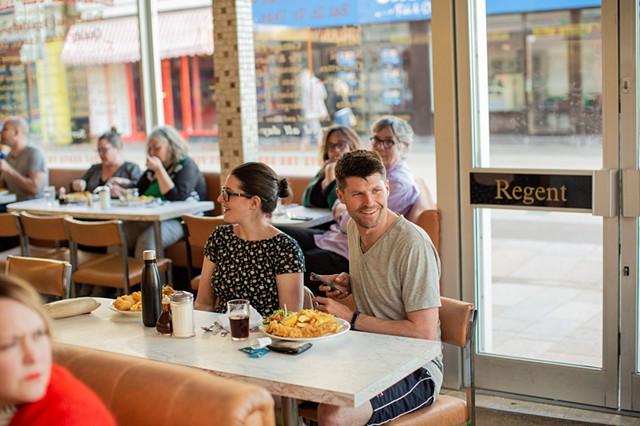 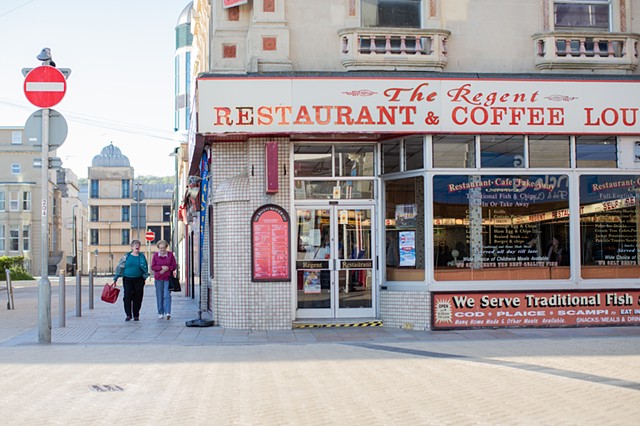 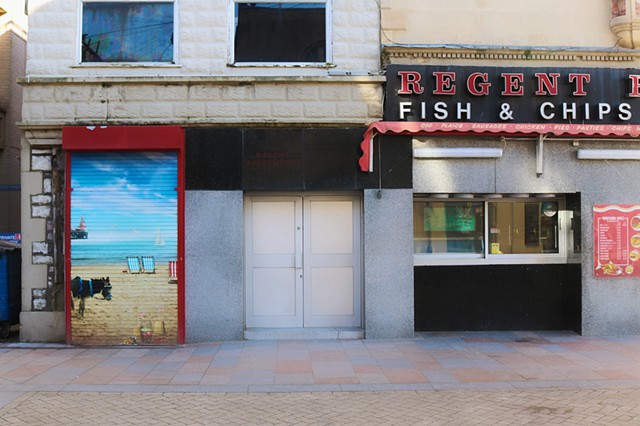 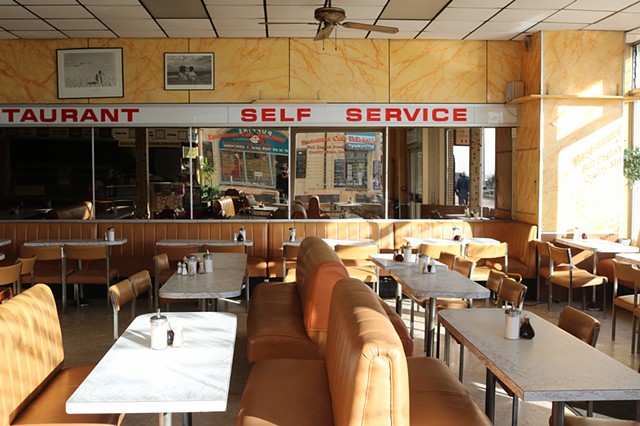 The Killers is a live binaural sound work performed in The Regent seaside diner in Weston-super-Mare. Sat in the diner, the audience wear headphones and watch as the audio is constructed; eavesdropping on conversations; tracking the flight of a wayward fly; hearing in real time the countdown to an assassination.

The work draws on adaptations of Ernest Hemingway's The Killers (1927) which tells the story of two assassins as they arrive at a diner, thirty minutes before a killing. The men order two fish suppers and discuss methods of execution: a radio plays Cyndi Lauper over and over again in the kitchen; inexplicable deliveries of novelty objects are made to the tables; a diner band tunes up in the corner; the half hour counts down.

The Killers is a quiet speculation on how the vinyl booths, coffee counters and cherry pie of British diners carry approximations of American culture, and what happens when you get off the train at the seaside and reach the end of the line.

More can be found here.